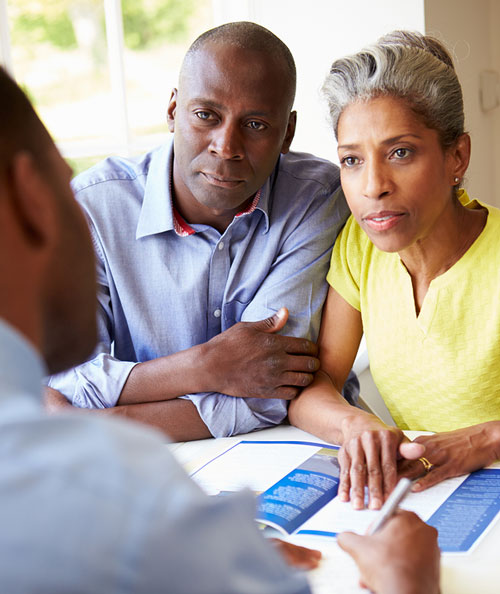 Based on recent compliance news, regulatory scrutiny regarding discrimination is on the rise, resulting in enforcement action after enforcement action. The CFPB, HUD, and other agencies are taking no prisoners, and while the fines are not always huge, they are seeking to make some examples. For the sake of your institution’s reputation and checkbook (and because avoiding discrimination is a worthwhile practice to begin with), we’ve put together a list of recent examples of discrimination-related enforcement actions and some possible takeaways they can provide. Reviewing these cases can provide an opportunity to learn from the mistakes of others, a far less painful way to learn.

Acting on a referral from the NFHA (National Fair Housing Alliance), HUD (US Department of Housing and Urban Development) sent both minority and non-minority testers as potential renters into a real estate company in Philadelphia[1]. They found that white applicants were steered toward “safer,” nicer neighborhoods, and minority applicants were steered toward “rough” neighborhoods with higher crime. The company will pay $25,000 to the NFHA.
Key takeaways: Be aware of the rising possibility of referrals from community groups to agencies, and make sure your staff knows that steering applicants on a prohibited basis is a no-no. It can be a helpful practice to keep in mind that the potential customer sitting across the desk from them could be a tester.

In another case, this one in Utah[2], one couple who had applied for a home mortgage loan felt that they had been denied because the wife was then on maternity leave. HUD investigated this couple’s claim and came to the conclusion that the institution was violating the Fair Housing Act by discriminating against a family with children. The credit union will pay $10,000 to the borrower and $15,000 to an educational organization focused on fair lending.
Key takeaways: “The birth of a child, a joyous event for a family, should not become the basis for denying that family a home mortgage” (Bryan Green, HUD’s Deputy Assistant Secretary for Fair Housing and Equal Opportunity). In other words, make sure your staff knows that maternal or paternal leave or status shouldn’t be factored into lending decisions.

Enforcement orders don’t just affect housing or smaller, local institutions. GE Capital Bank is on the hook to pay $169 million for allegedly discriminating against their Spanish-speaking customers[3]. Between 2009 and 2012, the bank instituted two different programs designed to help credit card holders who were $200 or more in debt and more than four payments behind, saying that if they paid 25% to 55% of their account balances, the bank would settle the debt. However, the notices sent out to inform customers were only provided in English, even to customers who lived in Puerto Rico or who had indicated the desire to receive communications in Spanish.
Key takeaways: Institutions should offer every customer or member the equal opportunity to access credit or credit programs and therefore, communications must be sent in the customer’s/member’s language of choice.

Could-be-accidental discrimination is bad enough—vicious predatory lending is just plain nasty. That’s what the city of Miami thought JPMorgan was practicing[4]: seeking out high-cost mortgages for minorities and then later denying those minorities the better refinancing terms offered to white consumers. The jury is still out, however, and JPMorgan spokesman Jason Lobo said, “The Miami City Attorney’s claims are baseless and stand contrary to our long record of providing affordable housing to low- to moderate-income families across the region.”
Key takeaways: Enforcement orders can come even when your institution considers them to be unsubstantiated. Perhaps an evaluation of your institution’s lending programs would be wise to see if anything is giving the appearance of discrimination.

No One Is Beyond Regulatory Agency Reach…

… even the CFPB itself[5].American Banker made some shocking claims that the CFPB was demonstrating racial disparity in the ranking of their employees[6]. They claimed that the statistics of employees who received the highest possible performance rating (20.7% of white employees, 15.5% of Asian American employees, 10.5% of African American employees, and 9.1% of Hispanic employees) revealed a potential practice of discrimination, although the American Banker article “acknowledges that the statistics themselves do not prove intentional discrimination by CFPB managers.”
Key takeaways: Even regulatory agencies have to deal with claims of discrimination, so it’s almost a guarantee that financial institutions will.
We hope that these incidents help you to analyze where your institution could better avoid discrimination (deliberate or accidental). Not only is this good business, regulatory agencies are on the hunt and you don’t want to be set up as the next example of what not to do. While for some institutions $25,000 may be a small penalty, some issues lead to much larger monetary consequences. Furthermore, discrimination has more than a financial impact on your institution—its influence on your reputation can leave scars.