Choose Your Examination Adventure: Are You Winston Churchill or Neville Chamberlain? 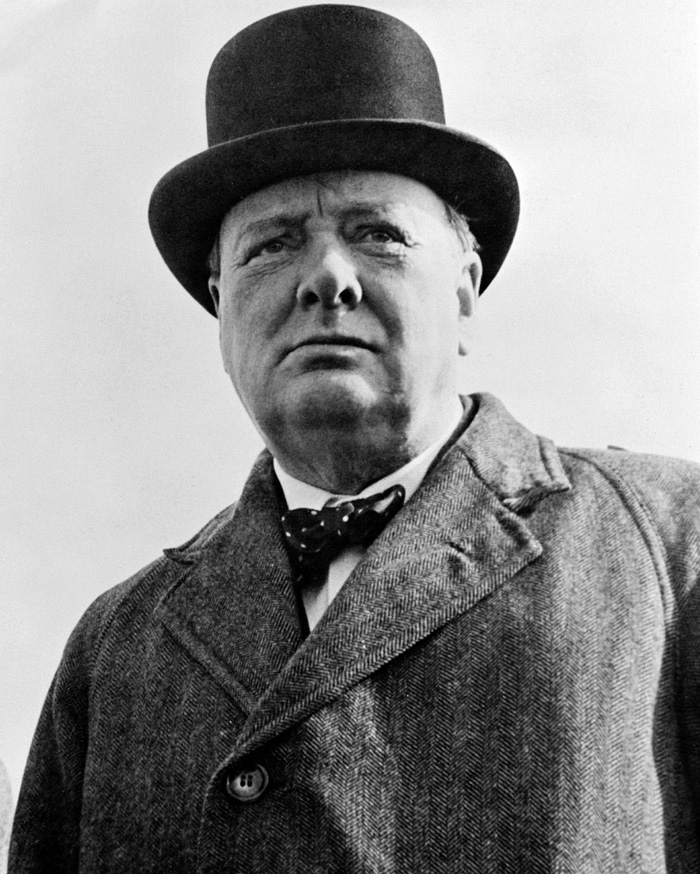 Winston Churchill once said, “To build may have to be the slow and laborious task of years. To destroy can be the thoughtless act of a single day.”
Financial institutions can surely relate to that quote—compliance is certainly the slow and laborious task of years and then your examiner comes in and can, so it seems, destroy your hard work in the matter of a day. That’s why examinations can feel like a power struggle between institution and examiner—and examiners typically have the upper hand. But there is a way to help tip the scales back in your favor and assert control of your examination.
Before I get to that, however, one thing to keep in mind is that nothing presented below is meant to suggest an attempt to divert your examiner’s attention from important issues. However, you want to be the one supplying them with relevant material to review. Otherwise, you can expect your examiner to spend his or her time delving in any number of directions, the outcome of which is uncertain and is sure to lead to follow-up questions after reviewing an entire loan file.
These questions are often posed well after the fact and may be directed at a loan officer, who, lacking adequate documentation for decisions and processes, is forced to rely on his or her memory. That’s not easy for anybody to do. Next thing you know, your loan officer may be saying things that aren’t compliant and you have just triggered a lot more scrutiny, a difficult examination, and even the potential for civil monetary penalties and referrals.

So how do you gain control of the examination? I like to borrow a term from the computer-user interface world called WYSIWYG, which stands for “what you see is what you get.” A WYSIWYG document is a sort of cover letter that summarizes what an examiner will find in the lengthier document it describes. A good WYSIWYG document answers all the questions the examiner might typically want to know.
Another Churchill adage can apply here: “If you have an important point to make, don’t try to be subtle or clever. Use a pile driver. Hit the point once. Then come back and hit it again. Then hit it a third time—a tremendous whack.”
Make the important points obvious by creating WYSIWYG documents for each important area or file. It’s a little work to prepare on the front end, but with WYSIWYG, you assert control over the file.
For some compliance matters, it might be that you preface those documents with a risk assessment for that area. For a loan file, it would be a simple summary document. That document would present key factors and would tell the reader the key points about that file. The examiner will typically verify the credibility of the WYSIWYG document with a small sampling of loan files. Once they’ve established that the WYSIWYG document is credible, examiners know that they can rely on it going forward, rather than having to dig through the rest of the loan files.
It’s not that the examiners are being lazy. It’s simply a matter of logistics. The average mortgage loan file may be a stack of papers an inch or more tall, and commercial loans can be much, much bigger than that. And remember, there isn’t only one file examiners have to look at, nor is there only one institution they have to examine. That’s why examiners typically welcome WYSIWYG summary documents on risk, compliance, and other key factors.

Now, besides saving time, how does this help from a regulator point of view? Let’s go back to the Winston Churchill era for another example.
There was once a British Prime Minister named Neville Chamberlain who, in 1938, met with Hitler and other important European powers. He returned with what was called the Munich Agreement, which he believed guaranteed world peace. At a press conference, Chamberlain said, “We regard the agreement…as symbolic of the desire of our two peoples never to go to war with one another again…I believe it is peace for our time.”[1]  Meanwhile, another politician (Winston Churchill, of course) was proclaiming that, despite the Munich Agreement, war was on the horizon. We all know what happened. Almost exactly a year later, WWII started and Chamberlain got replaced by Churchill.
While examiners don’t have time to review everything in their allotted amount of time, neither do they want to be the Chamberlains of the world—they don’t want to be wrong or to have a subsequent review find something major that they missed. Hence, they rely on the institution to help them. If they think your WYSIWYG documentation is sound, they avoid the “Chamberlain principle,” and that gives them a measure of comfort about how they’ve used their examination time.
What we typically do when we help an institution with this WYSIWYG effort is to automate the process as much as possible to reduce costs while asserting control. In a sense, we’re trying to help the institution help the examiners help them. We may prepare a document that tells the examiner in one page what the examiner would see in the rest of the file, which means examiners could review a file in five minutes or less.
If you make the examination a smooth and relatively painless process while instilling examiners with confidence in your documentation, your “blood, toil, tears and sweat” are far more likely to achieve a favorable outcome for all involved.
On an unrelated note, Winston Churchill also said, “If you have ten thousand regulations you destroy all respect for the law.” Take that how you will.
For more information on how AffirmX can help you gain control of your examinations, please contact Alberto Gamez at alberto.gamez@affirmx.com. Ken Agle, President of AdvisX, brings more than 25 years of experience covering almost all facets of financial institution risk management operations. He has conducted more than 350 compliance reviews and has assisted more than 200 financial institutions throughout the United States. He has developed and implemented systems and training programs on all phases of banking risk management, including, but not limited to BSA/AML, fair lending, loan review, HMDA, CRA, BSA, operational compliance, TILA, and RESPA. He has written numerous regulatory responses and appeals and has been instrumental in assisting institutions with challenging circumstances while facing regulatory enforcement orders. He has partnered with McGladrey & Pullen, RSMI, Promontory, Sheshunoff and other multi-region firms to provide support services to financial institutions. Mr. Agle specializes in strategic regulatory response and in developing and implementing both proactive and reactive tools and systems to preempt and resolve issues affecting today’s financial institution.
[1] http://en.wikipedia.org/wiki/Munich_Agreement#Quotations_from_key_participants