What You Need to Know About Regions Bank’s $7.5 Million Overdraft Penalties 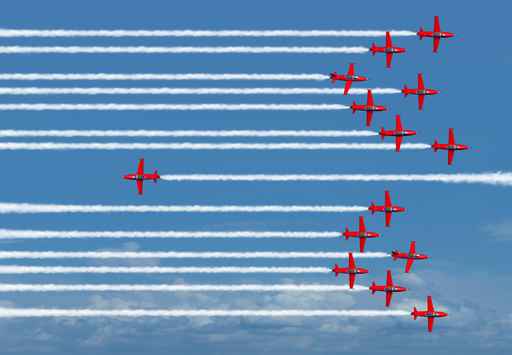 A version of this post was originally published on CU Insight.
In case you missed it, the CFPB leveled a substantial fine—$7.5 million to be exact—upon Regions Bank earlier this year for flying way off course with its unlawful overdraft practices. The bank was required to refund at least $49 million in illegal overdraft fees to consumers who had not opted-in to overdraft coverage. To add to its list of mistakes, the bank also charged overdraft and non-sufficient funds fees on its deposit advance product, despite claims that it would not.
Quite a few eyebrows were raised at the announced fine, but it’s important to note that there was no new interpretation of law here on the part of the CFPB—just a misinterpretation on the part of the bank. Regions Bank sets an example that all financial institutions can and should learn from. A closer look shows just how easy it is to get off track.

WHEN REG. E WAS CLEARED FOR TAKEOFF

It all starts with Reg. E and the prohibition against charging overdraft or courtesy pay fees for paying overdrafts resulting from ATM and one-time debit card transactions without an affirmative opt-in from the account holder. When the regulation went into effect, Regions Bank misinterpreted the prohibition to mean that it could charge overdraft fees if the checking account was linked to another account and those funds were exhausted first.
Here’s an example of what it was doing. Assume a $200 ATM withdrawal is requested for an account with a $100 balance. If the customer had opted-in to courtesy pay, Regions would pay the overdraft and assess a fee. If the customer had not opted-in, Regions would reject the transaction. However, if the customer had elected to link his/her checking account to a savings account or a line of credit for overdraft purposes, then Regions would look to the linked account to see if funds were available. If they were, it would transfer the funds, charge a transfer fee, and pay the $200 ATM withdrawal. So far, so good. No problem here. Yet.

A VITAL FLAW IN THE FLIGHT PLAN

The problem came when Regions didn’t stop there.  If the linked account did not have sufficient funds to pay the ATM withdrawal amount, Regions would, in some cases, still pay the item and charge a courtesy pay fee (even though the customer had not opted in to courtesy pay). Regions believed if there was an intervening linked account attached to the checking account (even when that linked account had been exhausted) the bank no longer had to obtain an opt-in from its customer to pay the overdrafts resulting from ATM and one-time debit card transactions.

IN NEED OF COURSE CORRECTION

In 2012 Regions determined that it had been acting in violation of Reg. E by charging overdraft fees for paying overdrafts without opt-ins for checking accounts customers with linked accounts (that also did not have sufficient funds to pay the overdraft). It made voluntary restitution of more than $34 million to the affected customers. However, it was later determined in 2013 that it hadn’t identified all affected customers, so another $12 million was paid. And that wasn’t even the end of it.
In 2015, it was discovered that some customers were still being charged the impermissible fees, and this is when the CFPB lost patience. So not only was additional restitution ordered, but civil money penalties were imposed. In addition, the CFPB hit Regions with UDAAP violations for its marketing materials that stated throughout this time frame that it would not assess overdraft fees in connection with ATM or one-time debit card transactions unless the consumer opted-in.

Lastly, they were assessed penalties related to a product called Regions Ready Advance (RRA), which is what the CFPB refers to as the bank’s deposit advance product.  This product, which was offered beginning in 2011, was a small-dollar line of credit offered to deposit account customers and for which the repayment term was very short.  A customer opening one of these accounts, versus a standard personal line of credit, could elect one of three options to repay the RRA: payments at the branch, automatic installment payments, or payment of the balance upon the customer’s next automatic deposit.
Shortly after the product was introduced, the bank realized that the second two options automatically taking the payment from the checking account was, in some cases, causing the checking account to go into the negative, and that its system was automatically charging overdraft fees. So the bank announced and posted on its public-facing FAQs that it would no longer charge an overdraft fee on a Ready Advance payment that caused the checking account to become negative. The bank, however, warned customers that they could be subject to subsequent overdraft or NSF fees for future transactions if the account balance remained negative.
Unfortunately, the programming that was performed to stop the overdraft fees was flawed and instead its system began assessing both NSF fees and overdraft fees in connection with automatic payments to the RRA that resulted in negative balances.  This problem resulted in another $1.9 million in restitution that Regions paid to its customers and another slap from the CFPB for further UDAAP violations.
One sure takeaway from all this is that failure to make the small course corrections along the way are the kinds of things that can lead an institution to get seriously off track. After all, coordinates only need be a few degrees off to land a plan in Australia rather than Amsterdam.