Where Exactly Does That SAR Go? 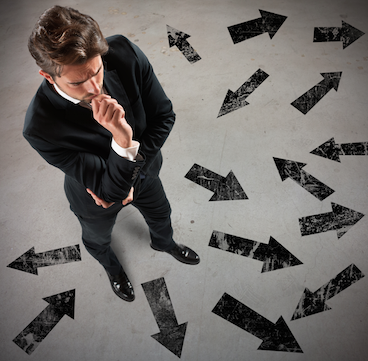 You investigate. You write your suspicious activity report. You click submit. Then what happens to your SAR?
The Financial Crimes Enforcement Network, otherwise known as FinCEN, released its 2014 annual report of Suspicious Activity Report stats. It includes an overview of what happens to SARs after they are reported.
The SAR Stats Technical Bulletin from FinCEN is an excellent resource for learning what’s hot as well as what is emerging in suspicious activity reporting. Crowdfunding, prepaid fraud, email fraud, false statements, funnel accounts, and other activities were identified in the report as trending. But for now, let’s take a step back and see what happens to those SARs once you submit them.

SAR Stats You Should Know

There were more than 3 million SARs filed during the 2 years and 9 months covered by this report. A year-by-year look at these submissions shows that these numbers are trending up, with more than 1.8 million SARs expected in 2015, if we annualize the results for the first two quarters.
But this report focuses on the 2014 data, when more than 1.7 million SARs were filed. What happened to them? Last year, FinCEN said 195 of its users were assigned to 94 SAR review teams across the country. These users conducted 38,000 searches resulting in more than 205,000 SARs being reviewed.
Now, 205,000 is a far cry from the 1.7 million SARs that were filed. But the review of those submissions doesn’t stop with the SAR review teams. The SARs you submit go into a database accessible by agencies at both the federal and state level.
In 2014, more than 380 unique agencies accessed the database via FinCEN’s portal. The agencies include law enforcement (from the federal level to the local level), regulators, and state attorney offices. These investigators conducted more than 2.3 million queries against the data reported.
So you may not often hear what happens to the specific SARs you submitted, but it is clear that SARs are playing an important role in law enforcement investigations of all kinds throughout the country.

FinCEN has introduced a new online tool that takes the place of its Quarterly Updates. This now allows anyone access to summary SAR data that was previously published by FinCEN quarterly. The tool is called Interactive SAR stats. Users can select any one of seven types of industries (including Depository Institutions), a specific time period, a state, a suspicious activity type (such as money laundering or structuring), an instrument type (such as checks or funds transfers), product type (such as credit or debit cards), relationship (such as customer or employee), and even regulator. The tool will then filter the results so you can see the filing rates for suspicious activities for other similarly situated financial institutions.

If you’re a bank or a credit union, you’ll want to go in the SAR Stats document to page 4 and click the link “SAR Stats, Issue 2, Depository Institutions.” It will download to your machine an Excel document with the SAR data for banks and credit unions. That document includes spreadsheets ranking each state by number of SAR filings and rankings for each type of suspicious activity. That’s another way you can monitor emerging trends so you can make sure your financial institution is proactively addressing them.
If you’re involved in your financial institution’s bank secrecy act program, spending some time reviewing FinCEN’s SAR Stats can be one of the most informative ways you can help keep your program current and effective.