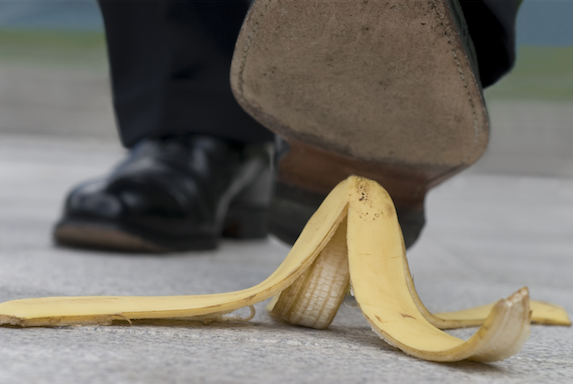 What kinds of things are financial institutions doing that send up a flare to the Consumer Financial Protection Bureau in its search for fair lending violations?
One good place to look is in the CFPB’s fall 2015 semi-annual report, where the bureau outlined those areas that indicate heightened fair lending risk. In other words, if the CFPB sees signs of these risks at a financial institution, that’s a trigger for them to dig deeper to look for evidence of fair lending violations.
As part of its mandate, the CFPB is charged with overseeing and enforcing Federal laws intended to ensure the “fair, equitable, and nondiscriminatory access to credit.” These laws include the Equal Credit Opportunity Act and The Home Mortgage Disclosure Act.

In its report, the CFPB called out a pattern of factors that, time and time again, indicate a heightened fair lending risk. If the CFPB identifies these weaknesses in a bank or credit union, chances are they’ll come knocking. Here are the five warning signs of increased fair lending risk:

Those five signs are important to keep in mind. But they tell only part of the story. As the CFPB has matured into its role of enforcer, we’ve seen more significant and telling enforcement actions from them. Staying aware of their recent enforcement actions along with the five warning signs they singled out can help plot a course of what not to do.
In September 2015, the CFPB filed a complaint against Hudson City Savings Bank of New Jersey for discriminatory redlining practices in mortgage lending. The CFPB alleged that the bank routinely denied residents in minority neighborhoods fair access to mortgage loans. The CFPB stated that Hudson City illegally avoided and thereby discouraged consumers in these minority neighborhoods through several avenues, including placing branches principally outside Black-and-Hispanic communities. It also focused its marketing outside of these neighborhoods. The proposed consent order requires Hudson City to pay $25 million in subsidies to qualified borrowers in the affected communities, more than $2 million in community programs and outreach, and a penalty of more than $5 million. That $25 million in subsidies represents the largest redlining settlement ever.
In another enforcement action last year, the CFPB came after California-based Provident Funding Associates for allegedly charging African-American and Hispanic borrowers more in broker’s fees than similarly situated non-minority borrowers on the basis of race and national origin. The order requires the lender to pay $9 million in damages, signaling the bureau’s intention to look not just at redlining, but also for evidence of discriminatory mortgage pricing.
Another enforcement action worth considering here was leveled against Synchrony Bank in 2014. The CFPB ordered the bank to provide $169 million in relief to approximately 108,000 borrowers who were excluded from debt relief offers because of their national origin. Synchrony Bank had run promotions allowing credit card customers to address their outstanding balances; however, the bank did not extend these offers to any customers who indicated that they preferred to communicate in Spanish or who had a mailing address in Puerto Rico, even if the customer met the promotion’s other qualifications.
Of course, those are just some of their recent enforcement actions. But keeping aware of the kind of activities that trigger the CFPB, along with those five warning signs, can help make sure your financial institution steers clear of fair lending trouble.

Mr. McCullock serves as regulatory affairs counsel and project manager for the firm. Prior to joining AdvisX, Mr. McCullock worked as a civil litigator. In that capacity, he successfully represented individuals and businesses in a variety of matters. He is a capable advocate and an accomplished legal writer. Mr. McCullock holds a Bachelor of Science Degree from Brigham Young University. He received his Juris Doctorate from the William S. Boyd School of Law at the University of Nevada, Las Vegas, where he was Notes Editor for the Nevada Law Journal. Following graduation, he served as Law Clerk to the Honorable Philip M. Pro, Chief United States District Judge for the District of