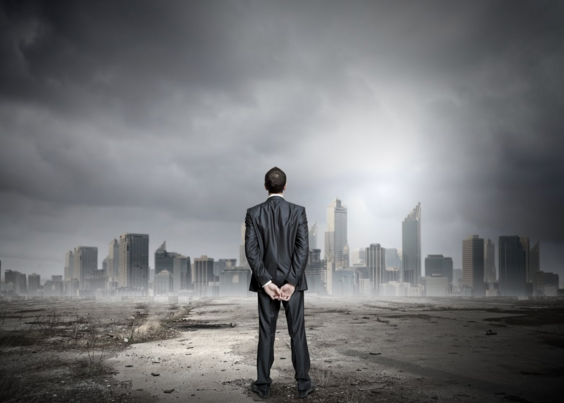 A version of this post originally appeared on CU Insight.
As the amount of financial institutions declines, many smaller institutions speculate about the uncertainty of their own futures. The downtrend has certainly been widely reported over the past few weeks, months and even years, even in the general press, which tends to run stark images of an endangered field.

I began my career working in a financial institution back when there were about 10,000 more financial institutions than there are now. My first job in the industry was as a teller for what I thought was a very reliable institution. I was still finishing up my college degree and I enjoyed the opportunity to learn about the industry. My focus at the time was getting into the institution’s management program. I had hoped that my entry as a teller combined with my Finance degree would give me an advantage in applying for management positions.
As fate would have it, I ended up applying for a position with a regulatory agency instead, but I still held a fondness for my financial institution and remember well the day it was seized in the very early 1990s. My decision to go with the regulatory agency would prove formative in many ways as I found myself on the other side of the very challenging position of closing failed or failing financial institutions.
Since the mid-1980s we have seen many such closures, mergers, acquisitions, and so forth of financial institutions. Consolidation has been ever rampant, which is why I was a bit surprised to read that the Bank of Bird-in-Hand (a name that I love, by the way), was the first startup bank to be approved in three years back in 2013. Growth has become so stagnant that any startup bank is an eye-opener.
A Wall Street Journal article quotes David Kemper, chief executive of Commerce Bancshares Inc., a regional bank based in Missouri, who states, “There’s no reason why we need that many banks, especially if those smaller banks have a much lower return on capital. The small banks’ bread and butter is just not there anymore.” There are those who contend that the same is true regarding the number of small credit unions.
I would respectfully disagree. In fact, I would argue the opposite—a larger financial institution can never replicate the potential efficiency of a smaller financial institution. With today’s world of technology the capacity of the smaller, more nimble financial institution to be efficient has never been greater. The ability of the small institution to embrace technology faster gives it the capacity to outperform the behemoths of the financial world, who become locked into expensive legacy systems. Many of the closed financial institutions didn’t take advantage of emerging technologies. The ever-expanding world of regulatory compliance requires that financial institutions adapt or die.

I have observed this problem while working for nearly 1,000 financial institutions in one capacity or another during my nearly 30 years in the industry. I once tried to convince management of a financial institution to adopt a simple technological solution that would significantly improve the output of its BSA Department, but they declined, and ended choosing to add staff instead. The “radical” technological innovation the institution eschewed? Giving BSA staff a second computer monitor. Management’s refusal to spend $300 to replace the single, slow, low-resolution monitor staff members were using was costing them far more in personnel and in compliance damage as the department kept getting further and further behind. That was way back in 2012.
Even now when I mention things like “the cloud” or SaaS, I frequently get blank stares and heavy resistance. Every once in a while, I meet a team of executives that really gets technology and uses it for their benefit. These kinds of teams can run circles around the big boys. Spend some time in the larger financial institutions of this world and you will realize that with the intelligent use of technology, the smaller institution can do more than compete, they can beat them — handily.
Such technology can be used in small financial institutions to allow for massive cost savings. But the technology itself should be nimble, not a huge investment in hardware that will saddle the institution for years to come—that’s a big institution move. The technological choices small institutions use should be scalable in the mercurial tech world we live in today. These technological abilities give financial institutions a choice besides simply expanding their compliance teams year after year; instead, they can promote greater efficiency from existing teams by training them to use technology more effectively. It may sound like rhetoric, but I’ve seen smart use of technology become a game-changer for smaller credit unions.
Will those 10,000 financial institutions that have disappeared since 1985 ever come back? The realistic answer is no. In fact, further declines are expected. I suspect the drop in numbers will be even worse for banks. Just the other week, an experienced banker said to me: “I can’t stand all of this change. I can remember when…” You can fill in the next part of this classic phrase with almost anything. It’s understandable, but contrast that with a management team that greets changes with enthusiasm, confident that they can adapt faster than the competition because their team is tech-savvy.
There is absolutely room for the smaller financial institutions, but simply not the smaller financial institutions of the past. For smaller financial institutions the answer is clear: get smart and use technology.

Ken Agle, President of AdvisX, our sister company, brings more than 25 years of experience covering almost all facets of financial institution risk management operations. He has conducted more than 350 compliance reviews and has assisted more than 200 financial institutions throughout the United States. He has developed and implemented systems and training programs on all phases of banking risk management, including, but not limited to BSA/AML, fair lending, loan review, HMDA, CRA, BSA, operational compliance, TILA, and RESPA. He has written numerous regulatory responses and appeals and has been instrumental in assisting institutions with challenging circumstances while facing regulatory enforcement orders. He has partnered with McGladrey & Pullen, RSMI, Promontory, Sheshunoff and other multi-region firms to provide support services to financial institutions. Mr. Agle specializes in strategic regulatory response and in developing and implementing both proactive and reactive tools and systems to preempt and resolve issues affecting today’s financial institution. For more information on BSA/AML services, contact Ken Agle.