Staying Ahead of the Regulatory Curve: Spotlight on the Unbanked 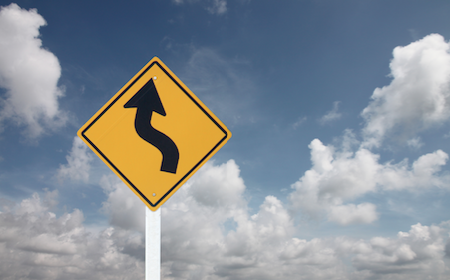 When it comes time to conduct a compliance examination, it’s not feasible for examiners to scrutinize every transaction in every area. That means some areas are bound to receive more emphasis than others, and those areas of emphasis are constantly evolving. So how can a financial institution get a sense of what is coming down the road?
It’s no secret that the mission of the Consumer Financial Protection Bureau is to protect consumers. That is, after all, its name. And whether your financial institution is regulated directly by the CFPB or not, the bureau’s impact is felt throughout the industry as it revises regulations that are applicable to all banks and credit unions.
One category of consumer that the CFPB is especially concerned about is the financially underserved market. These are consumers who are unbanked or underbanked, have subprime credit scores or are un-scorable, or have low or volatile income.
Two groups, the Center for Financial Services Innovation and Core Innovation Capital, recently released a report addressing how much these consumers have to spend to conduct their financial transactions. High-profile studies such as this are likely to attract the CFPB’s attention, so it is worthwhile to take a look at them to see how they might shape current and future regulatory attention.
Here are four key takeaways from that report.

Large and In Charge

This group is large and is growing. It is estimated that 68 million U.S. adults are underbanked, based on their lack of bank accounts or use of alternative financial services, such as check cashing or payday loans. What’s more, if you look at how many people are underserved due to subprime credit scores or lack of a traditional credit score, that number is estimated to be 108 million people.

This group spends a significant amount of its money on financial services. In the one-year period covered by this report, it is estimated that this group spent $138 billion in fees and interest on $1.6 trillion in product usage in 2014. That $138 billion is an increase of $10 billion over the previous year, and in 2015 that number was expected to grow another $9 billion.

A look at where this group is spending its dollars on financial products and services reads like a who’s who of regulatory attention, starting with overdraft fees—which represent the single largest revenue category of all 26 products. Hence, it’s no surprise overdraft fees are constantly being scrutinized and should be an area where financial institutions should make sure they are prepared accordingly. Other big revenue generators for the underserved include subprime auto loans, private student loans, installment loans, and payday loans, both via the internet and storefront. One way of looking at this list is to see what products and services this market is interested in, but others will look at the same list and see a market that is being exploited. When it comes to compliance, it’s important to be cognizant of both ways of seeing this phenomenon, so your financial institution is not caught off-guard.

Risk on the Rise

Competition from internet, nonbank lenders is small, but growing rapidly and is likely to put revenue pressure on financial institutions, which in turn can create increasing compliance risk. This area, called marketplace lending, matches sources of capital with applicants for personal installment loans. Marketplace lending constituted only $600 million in revenue during the year 2014, which is a relative drop in the bucket. However, keep in mind that for the previous year, that number was $200 million, so this represents a 300% increase. What’s more, with the expected decline of single payment credit, such as payday loans, it is likely that the demand for installment credit will grow even more.
Compliance does not exist in a vacuum. And that means that market forces such as those described in this report can provide useful indicators of what products and services are likely to be receiving increased scrutiny in the months and years ahead, if not right now.