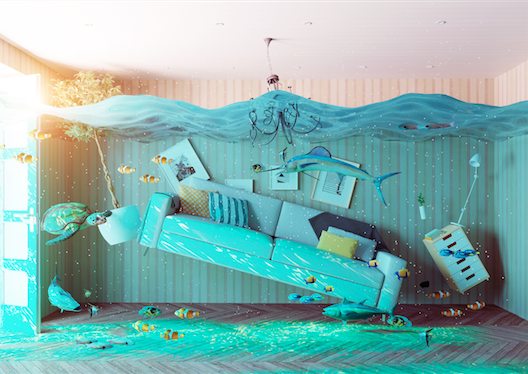 FEMA’s National Flood Insurance Program (NFIP) was due for a check-up by the U.S. Government Accountability Office (GAO) this spring, and was found lacking. The NFIP program has struggled in its attempts to keep rates affordable, but still be able to pay for losses from catastrophic flooding. In a report released in March, the shortcomings of FEMA were addressed and plans laid out for this issue to be rectified. These plans are sure to affect the current rate-setting methods and may extend alterations upon financial institution flood insurance procedures.
FEMA sets NFIP full-risk rates using a model that includes some characteristics of catastrophe models used by private insurers. Like private insurers, NFIP also uses variables specific to each structure in estimating the degree of damage from an event in calculating insurance rates. However, there are obviously some major differences between private insurers and FEMA. And GAO holds that these differences need to be addressed and rectified to ensure FEMA is implementing accurate rate-setting methods. It’s been almost 8 years since GAO first made recommendations for improvement to FEMA, but the agency is still struggling to fully address these concerns.

Recommendations were categorized into the three following areas:

FEMA indicated that the agency has begun collecting information to verify flood probability curves and damage estimates used in its rate-setting model; however, these efforts will need to continue over the next five to ten years to paint an accurate account. FEMA is also recommended to develop well-defined and easily quantifiable performance metrics on flood hazards. This means that FEMA must finish collecting flood probability and damage estimate data and update the rate-setting model as appropriate.

Collecting data to analyze the impact of grandfathered properties:

In 2010, FEMA began tracking new policies, including property location and losses, with grandfathered rates. These policies allow owners of properties that are remapped into riskier flood zones to keep their previous lower rates. However, none of this information was tracked before 2010. The GAO is requiring FEMA to collect information on all grandfathered polices and determine the financial impact of these polices on NFIP.

FEMA is currently evaluating approaches, including the use of new technologies, to collect elevation information for these properties without financially burdening policyholders. For FEMA to fully comply with this recommendation, the agency must collect the information needed to determine full-risk rates for subsidized properties.
Though no new recommendations were made as a result of the GAOs most recent review, the office did reaffirm the importance of fully addressing their previous recommendations; they are not about to let these concerns slide. Because of NFIP’s shortcomings, a strong response and perhaps even a system overhaul can be expected from FEMA.