CIP Requirements for Prepaid Cards: Keeping Up with the Bad Guys This article was originally published on CUInsight.
As financial institutions become ever more vigilant in monitoring for suspicious activity, it seems that criminals find ever more inventive ways to launder money and commit financial crimes. One of the more recent tactics involves using “dirty” money to purchase prepaid cards that can then be used by, sold by, or transferred to other parties.
As a result, federal regulatory agencies recommend financial institutions apply their Customer Identification Program (CIP) when they issue prepaid cards.

On March 21, the federal financial regulatory agencies issued a joint guidance entitled Interagency Guidance to Issuing Banks on Applying Customer Identification Program Requirements to Holders of Prepaid Cards. The writers of the guidance acknowledge that prepaid cards have become mainstream and warrant close monitoring.
More importantly, they acknowledge that cards are being used to perform similar functions as accounts at financial institutions. Therefore, prepaid cards that allow the cardholder the ability to reload funds or access credit or overdraft features should be treated in the same manner as accounts for the purpose of CIP.
The Guidance excludes cards that don’t allow either or both of the two activities; such cards do not trigger the need to apply your CIP. It’s also important to know that a footnote in the Guidance states that the term “prepaid card” also includes other similar devices, such as certain prepaid access products offered through mobile or internet sites that can be used to access funds.

In order to understand the guidelines, you need to know the answer to two questions:
(1) Which prepaid cards are covered by the guidelines, and
(2) How do you determine where to apply your CIP procedures?

Which Prepaid Cards Are Covered in the Guidelines?

The guidelines cover a number of different prepaid card products, which include general-purpose prepaid cards that can be used at multiple, unaffiliated merchant locations and allow the cardholder to perform a variety of transactions, such as ATM withdrawals, point of sale purchases, bill payment, and transferring to and/or receiving funds from other cardholders.
Prepaid cards include the payroll cards used by some employers to pay employees and provide other benefits, such as pre-tax flexible spending arrangements for healthcare or dependent care expenses. The Electronic Benefit Cards (EBTs) used by government agencies to distribute benefit payments, as well as prepaid cards attached to Health Savings Accounts and other similar accounts, also fall under this Guidance’s coverage.
In addition, financial institutions are not only expected to apply their CIP to covered prepaid cards they issue, they are also responsible for applying those same CIP procedures to prepaid cards issued under an arrangement with a third-party program manager, even if the actual collection of the CIP documentation is performed by the third-party.

On Whom Do I Apply My CIP?

That brings us to the second important question—how to determine the correct party on whom to apply your CIP procedures in these various circumstances; how do you to identify the “C” of “CIP”? The CIP rule tells us that the Customer should be the named accountholder. But who is the named accountholder? The Guidance provides a discussion of various scenarios.
Here is a quick reference guide:

A similar analysis applies to EBTs.

Think of it this way: whoever has access to credit, reloading, or overdraft features should be the named accountholder in your CIP.

The Guidance provides minimum standards that contracts with third-party program managers must meet. When financial institutions want to enter into such a contract, they must identify:

For more information, the complete text of the Guidance can be found here. 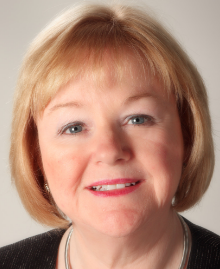