Harvesting the Highlights of the Rural Communities Act 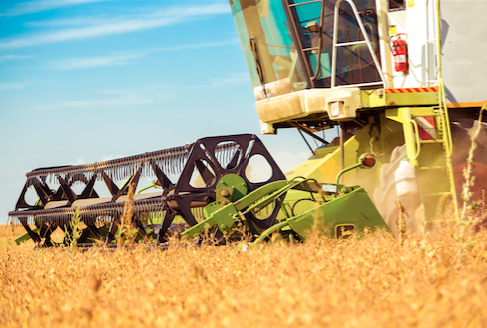 The CFPB’s new interim final rule on Reg. Z will have an impact on operations in rural and underserved areas. But what exactly is an interim final rule, and what does it mean to your financial institution?
An interim rule is a kind of hybrid between a final rule and a proposed rule. In this case, it means this rural and underserved area rule went into effect on March 31 of this year, but the public is still permitted to comment on the provisions, and revisions may still be made.
So what are these newly effective provisions you can still comment on?

Well, Reg. Z provided certain small creditors that operated predominately in “rural” or “underserved” areas certain exemptions. It exempted them from having to require escrow accounts for higher-priced mortgage loans. It also allowed them to originate balloon-payment qualified mortgages, which are otherwise precluded from being considered qualified mortgages.
On December 4, 2015, the Helping Lending in Rural Communities Act of 2015 was enacted. The Act has two sections that affect small creditors operating in “rural” or “underserved” areas. First, the act broadened the definition of small creditors that may be eligible for the exemptions I mentioned previously.
Second, it required the CFPB to establish a process through which a person could apply to have an area be designated by the CFPB as a “rural” area for the purposes of Reg. Z and other Federal consumer laws. The CFPB published the procedure for designating new rural areas on March 3rd, 2016.

Previously, there were four requirements a creditor had to meet in order to satisfy the definition of a “small creditor” for the purpose of determining whether that creditor was exempt from requiring escrow accounts for higher-priced mortgage loans. Of these four requirements, two have been amended by changes in the interim rule.

First, the interim rule eliminated the requirement that more than 50% of a lenders’ covered loans had to be secured by a first lien on a property that was located in an area that is either “rural” or “underserved.” Now, that requirement has been reduced to just a single covered loan.

Second, the interim rule also revised the definition of a “rural” area. The definition has been expanded to add that a rural area can now include a county or census block that has been designated as rural by the CFPB under the procedures issued on March 3rd.
Those were the two major changes, but the important thing to note here is that the interim rule makes certain changes to two of the four requirements for qualifying for the small creditor exemption to the escrow requirements for higher-priced mortgages, but it does not eliminate any of those four requirements.