How to Become a Compliance Exam Sharpshooter

The film industry (and its patrons) likes its sharpshooting archers. Since Disney’s 1973 adaptation of the Robin Hood legend, there have been dozens of films depicting the hero of Sherwood forest. Besides Robin Hood, we’ve had John Rambo, Legolas, Hawkeye, and Katniss Everdeen. All these archers are able to hit their target every time. If you’ve ever been out to shoot a bow and arrow, you know that it’s a tad more difficult to hit the target than the movies make it look. However, part of the fun of archery is the challenge of hitting the bullseye.
But imagine if archery had no targets, no bullseyes, nothing to shoot at. You’d just pull back on the string and let the arrow fly wherever it wanted. Archery would lose its point—and its excitement—very quickly. Archery works because of the target.
Now, imagine if there were no regulatory compliance reviews or examinations. You’ve pondered (and perhaps yearned for) that utopia many times, but, like the target in archery, there is great value to such events. Compliance reviews give us meaningful feedback on our performance and efforts, just like an arrow that flies six feet to the right of the target tells us that we need to adjust our aim.
A big part of why you suddenly aren’t Katniss the first time you shoot a bow and arrow is the lack of practice. Not surprisingly, practice matters. If you want to achieve the pinpoint accuracy of the archers you’ve seen in the movies or from watching the olympics, you need regular devotion to your craft. The same holds true for compliance and the accompanying reviews and examinations. Indeed, the problem is not that they happen, but it’s that they don’t happen nearly frequently enough.
That may sound ludicrous, but exams, just like archery, are more successful with interim practice—or interim reviews. At AffirmX, our approach was developed to spread out the review process like an olympic archer would be regularly practicing at the range. 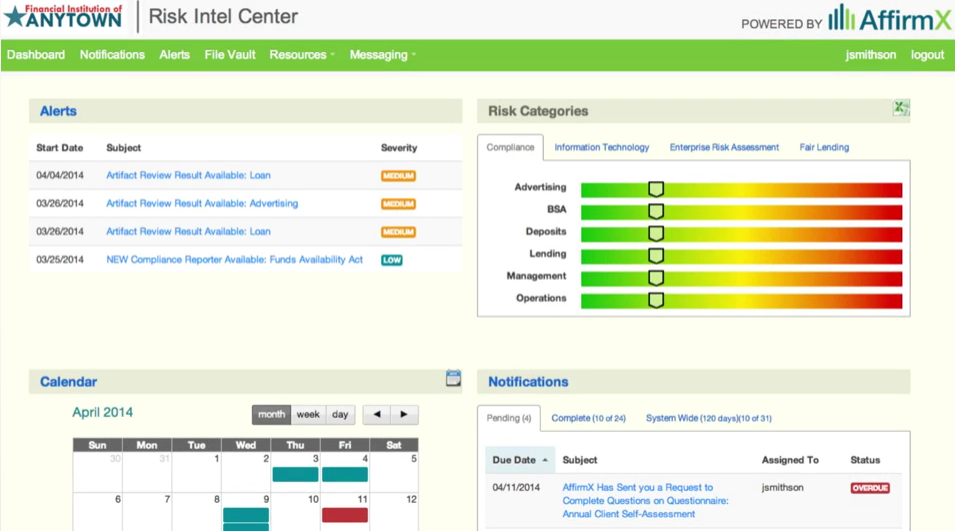 The frequent reviews delivered via AffirmX’s patented platform, with its continuous scoring, allow financial institutions to make a series of smaller, easier course adjustments before the regulatory examinations occur.
What’s more, our continuous scoring makes compliance almost as fun as archery. Well, perhaps that’s a bit of a stretch, but you would likely find the experience of frequent smaller visits and compliance reviews between compliance examinations to be of substantial benefit to your institution’s compliance program.