What Older Consumers Complain About 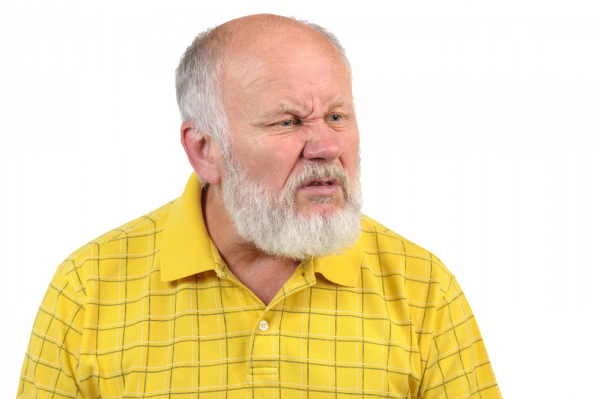 In the holiday movie classic, National Lampoon’s Christmas Vacation, Clark Griswold spends hours covering every inch of his house with strands of lights. Before turning them on, he gathers his family out in front of the house, calls for a drum roll, plugs in the lights, and . . . nothing. The lights don’t turn on. His in-laws scoff, calling it a waste of resources. Clark’s daughter says, “he worked really hard, Grandma.” His father in law replies, “so do washing machines.”
If all elderly folks were like Clark Griswold’s in-laws, the CFPB would probably be inundated with complaints from older consumers. Thankfully, most elderly people aren’t that unpleasant. They will, however, speak out when they feel they’ve been treated unfairly. Of the nearly 1.2 million complaints received by the CFPB to date, more than one hundred thousand were submitted by consumers 62 or older. The actual number is probably a lot higher, as most consumers don’t actually report their age.
This relatively large portion of overall complaints is due, at least in part, to the increasing number of older consumers facing financial exploitation, struggles with debt, and entering retirement with limited savings. The CFPB released a report showing what it is older consumers complain about and what issues they are having in the marketplace.
When consumers submit a complaint, they report the financial product or service as well as the issue they are having with that product or service. As you can see here, the financial products most complained about by older consumers are mortgages, debt collection, and credit cards, making up almost 65 percent of complaints received.
Comparing these numbers to complaints from consumers under age 62 yields some interesting results. While approximately 26 percent of complaints from older consumers were about mortgages, mortgage complaints from consumers under age 62 only made up 16 percent of total complaints. This trend was also true for credit card and bank account or service complaints. On the other hand, older consumers are on the other end of the spectrum when it comes to debt collection and credit reporting complaints, where consumers under age 62 were far more likely to complain than their senior counterparts. 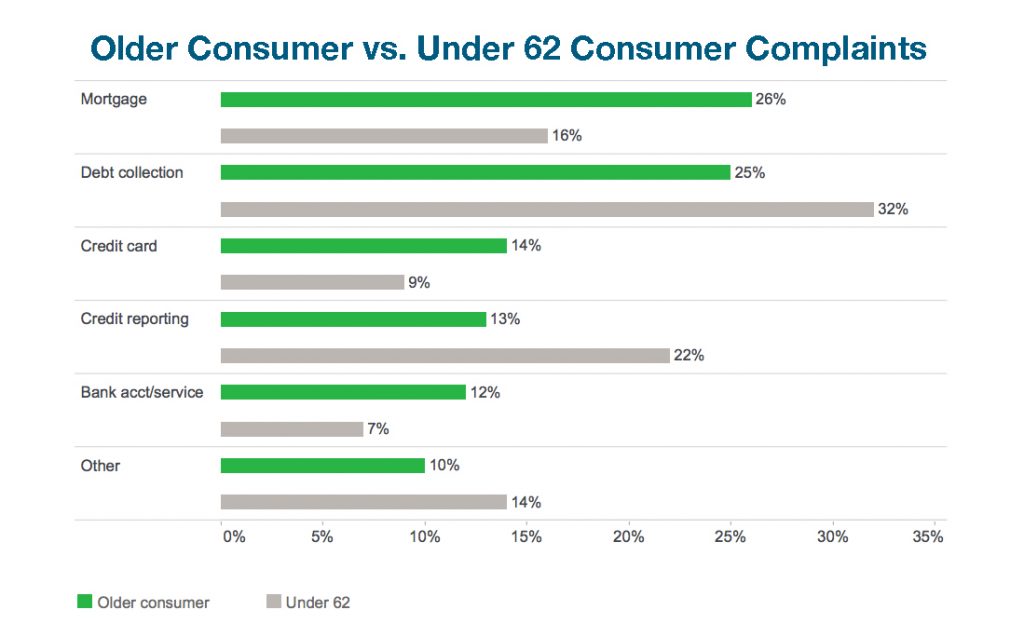 Since mortgages and credit cards made up the largest portion of older consumers’ complaints, let’s take a closer look at specific mortgage complaints. Nearly 80 percent of mortgage complaints from seniors dealt with “problems when you are unable to pay,” and “making payments.” Credit card complaints were more diverse. The largest category was “billing disputes” at 19 percent, with “identity theft/fraud/embezzlement” at 10 percent. 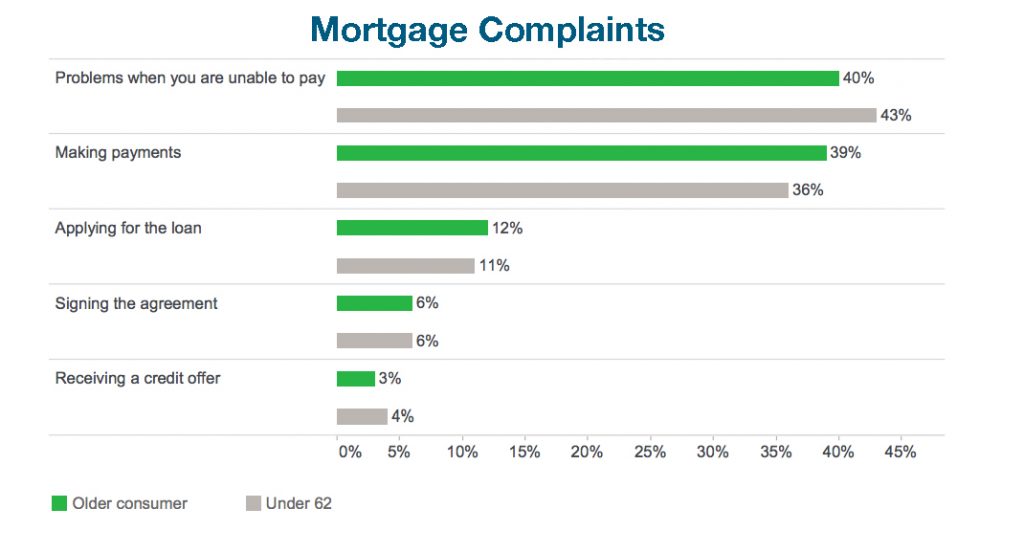 There was another area that was of far greater concern among senior customers than it was for their younger counterparts. The report highlighted reverse mortgages as an important area of concern for older consumers. The majority of reverse mortgages today are Home Equity Conversion Mortgages. These are only available to homeowners who are 62 and older, so it makes sense that the CFPB is going to hear about this product far more frequently for customers in that demographic. The CFPB noted that many older consumers with a reverse mortgage reported being at risk of foreclosure when they were unable to timely pay property taxes and homeowner’s insurance.

Some other specific issues highlighted in the report were confusion over mortgage servicing transfers, difficulties arising from policy, product or institution changes, difficulties organizing finances after the death of a spouse or family member, and difficulties recovering from financial scams.
It can be a scary world out there for senior consumers, and the CFPB stated that it is committed to protecting older consumers and fighting the financial exploitation of elders. As such, institutions would do well to ensure that they are actively working to address the concerns of all their customers, especially those of the older generation.