Why the CFPB Matters Even If It Isn't Your Regulatory Agency 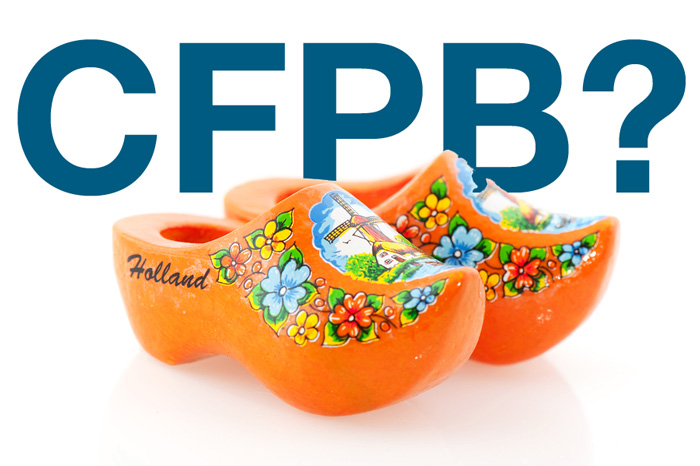 Hard to imagine now, but a mere handful of years ago, the abbreviation “CFPB” was perhaps best known for standing for the Center for People and Buildings, a non-profit group operating out of the Netherlands. How times have changed. Today, you can’t throw a stick anywhere in the compliance news landscape without hitting at least a few items either from or about the agency that likes to refer to itself as “The Bureau.”
Some may disregard reports from and about the Consumer Financial Protection Bureau, because they understand that it only directly regulates large financial institutions in excess of $10 billion. However, even if your bank or credit union is far beneath that threshold, the CFPB matters. Here’s why.
Until the CFPB came along, compliance matters were generally regulated by agencies which also had oversight of the financial institution’s overall fiscal health in order to protect the deposit insurance or share insurance funds. Now, since the creation of the CFPB through Dodd-Frank in 2010, there is an agency specifically devoted to protecting consumers and using its full enforcement powers first and foremost to promote compliance with consumer regulations. Your financial institution’s overall fiscal health is not their concern.
It’s a significant shift in focus that is certain to change things for those institutions regulated by the CFPB. However, while the agency only directly regulates financial institutions with assets greater than $10 billion, its reach does not end there. A scan of financial institution news sites (surely your favorite of which is our riskinbox.com) demonstrates why. Today, as I write this post, for example, I see that about half of the items on Risk Inbox mention the CFPB directly.
The CFPB’s moves and regulatory interpretations are impacting the approach to consumer compliance of all regulatory agencies. And with the growth of the CFPB each year, it can’t be considered “the tail that wags the dog” any longer; the other agencies remain significant players in all this, but the CFPB is clearly striving to take the lead in consumer compliance matters. The “dog that wags the other dogs” may be a more apt description, especially if the proposed expansion of consumer complaint database is approved, which could provide the agency with an unlimited supply of new targets to go after, similar to its recent focus on auto lending and student lending.
I’m reminded of a scene from the movie “The Devil Wears Prada,” in which Anne Hathaway’s character believes herself to be far removed from the decisions of the agenda makers at the top. The response of Meryl Streep’s character is worth watching.

Hathaway’s character learns that her style choices far removed from the fashion houses are indeed influenced by those designers at the top and similarly, even the smallest financial institution can’t escape the ramifications of the CFPB’s actions.
This can all be summed up in one statement: If your institution has consumers, the CFPB affects you.