The Dark Side of Crowdfunding: A New Favorite Tool of Money Launderers? 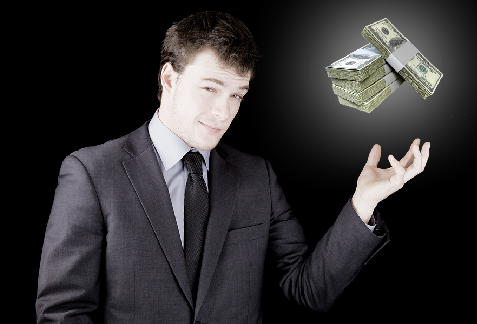 While the overall number of Suspicious Activity Reports associated with crowdfunding is relatively low, the Financial Crimes Enforcement Network has found that mentions of crowdfunding in SAR filings increased 171% just through the first half of 2014 compared to all of 2013. Crowdfunding has become a new favorite tool in the hands of money launderers. Here are the warning signs you should be aware of.
First of all, let’s take a look at what crowdfunding is. You’ve probably seen the sites on the internet. Entrepreneurs or filmmakers and the like want to raise funds for their next project. So they post a video on a site such as Kickstarter or Indiegogo to solicit donations from a large number of individuals. In return, donors often receive rewards, such as one of the first products or copies of the movie produced.
What makes these crowdfunding campaigns attractive to money launderers and fraudsters are their wide accessibility, ease of use, and limited fraud controls. Crowdfunding sites have been used as a mechanism for layering and comingling funds.

In addition to fraud, crowdfunding has also been used as a way of laundering money. For example, personal bank accounts would be funded by cash deposits and checks from unidentified individuals and foreign businesses, with the funds then transferred to crowdfunding sites. Or individuals would receive deposits from crowdfunding sites, then structure cash withdrawals from the accounts.
There are even some instances where crowdfunding is linked by SARs to possible terrorist activity, such as credits from a crowdfunding site into an account, followed by multiple large dollar outgoing wire transfers to a high-risk country.
If you suspect that an account at your financial institution is associated with illicit crowdfunding activity, FinCEN reports that the types of information that make the SARs an invaluable resource to investigative officials include the name of the crowdfunding site, possible IP addresses, and the name and description of the crowdfunding campaign. This applies even if the SAR is filed only in part on the crowdfunding activity.
It’s worthwhile to note that the total number of SAR filings associated with crowdfunding to date is small – with 14 files in 2013, 25 in 2014, and 38 through May of 2015. But it’s the rapid rise in number of filings that has FinCEN concerned and calling attention to this emerging trend. Crowdfunding is on FinCEN’s radar, and it wants to make sure it is on the radar of financial institutions as well, because it is clear that it has hit the radar of money launderers, fraudsters, and possibly even terrorist groups as well.