Compliance Abhors a Vacuum – If the Void Is Filled with Heightened BSA Scrutiny, Would You Be Ready? 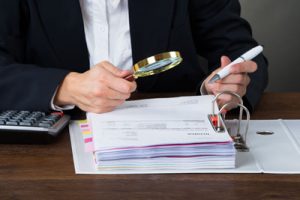 Originally appeared in CBIZ Insights
While a climate of regulatory relief sweeps across the industry, it is a prudent compliance officer who keeps both feet on the ground and considers what risks such a climate could possibly present. Beyond awareness that regulatory enforcement is cyclical and subject to potentially rapid changes based on external or internal events, there’s another potentially more-immediate threat to consider.
Although some areas have been removed from the regulatory playing field by new thresholds, that doesn’t mean regulators go away until the pendulum swings the other way. Their regulatory attention will need to flow somewhere. What are the most likely targets?
Near the top of the list of high-value candidates for targets would have to be increased scrutiny of the Bank Secrecy Act (BSA) in an effort to find violations that may have gone previously undetected.
For evidence of how high high-value BSA violations can be, one need look no further than two California banks that were handed fines totaling $57 million between them. In 2017, Merchants Bank of Carson, California, was hit with a $7 million civil money penalty for “egregious violations” of anti-money laundering (AML) laws. Then earlier this year, Rabobank, N.A. of Roseville, California was slapped with a $50 million penalty by the Office of the Comptroller of the Treasury (OCC) for issues related to its AML efforts.
If increased BSA scrutiny does begin to fill the regulatory vacuum, a look at where Merchants Bank and Rabobank went wrong can prove a useful exercise to make sure your financial institution stays far away from the lines those two institutions crossed… Continue reading